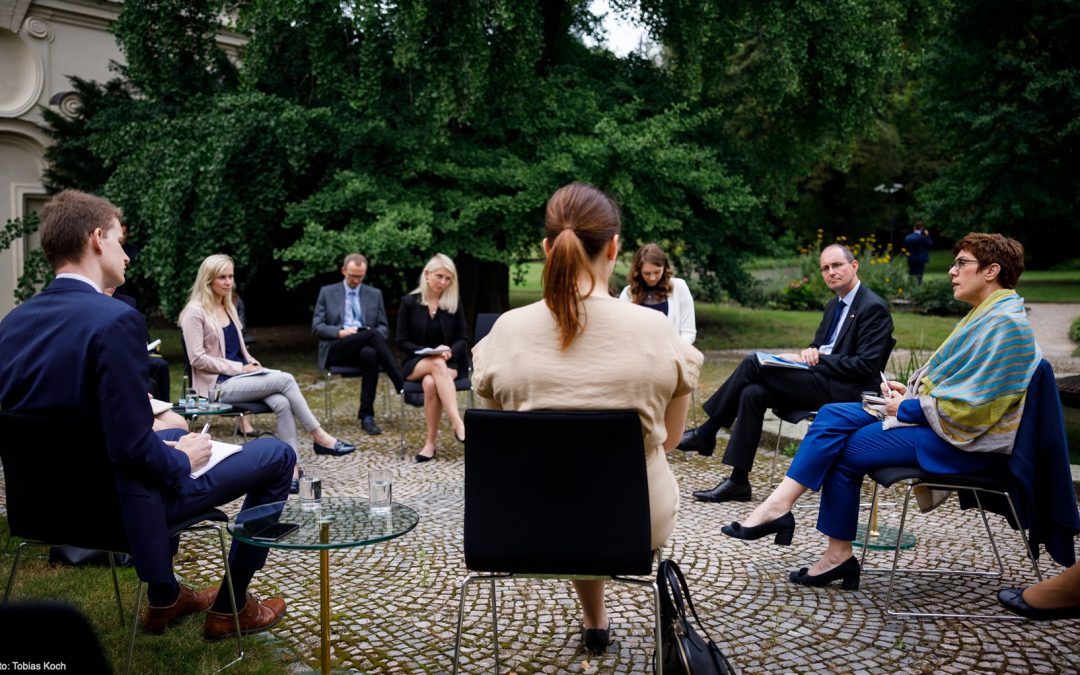 Jagello 2000 – NATO Information Center organized in cooperation the Embassy of Federal Republic of Germany the debate of Czech young leaders with German Minister of Defense Annegret Kramp-Karrenbauer. The discussion took place at the Embassy’s garden and was focused on transatlantic relations, China, German EU Council Presidency, etc. Karrenbauer expressed her opinion to withdrawal of US troops from Germany: “In the case of US bases in Germany it goes of the question of US security primary.” She also underlined, that bases are not used just for operations in Europe. The event was realized as a part of the official visit of German Defense Minister.

We use cookies to ensure that we give you the best experience on our website. If you continue to use this site we will be happy with it.OkRead more