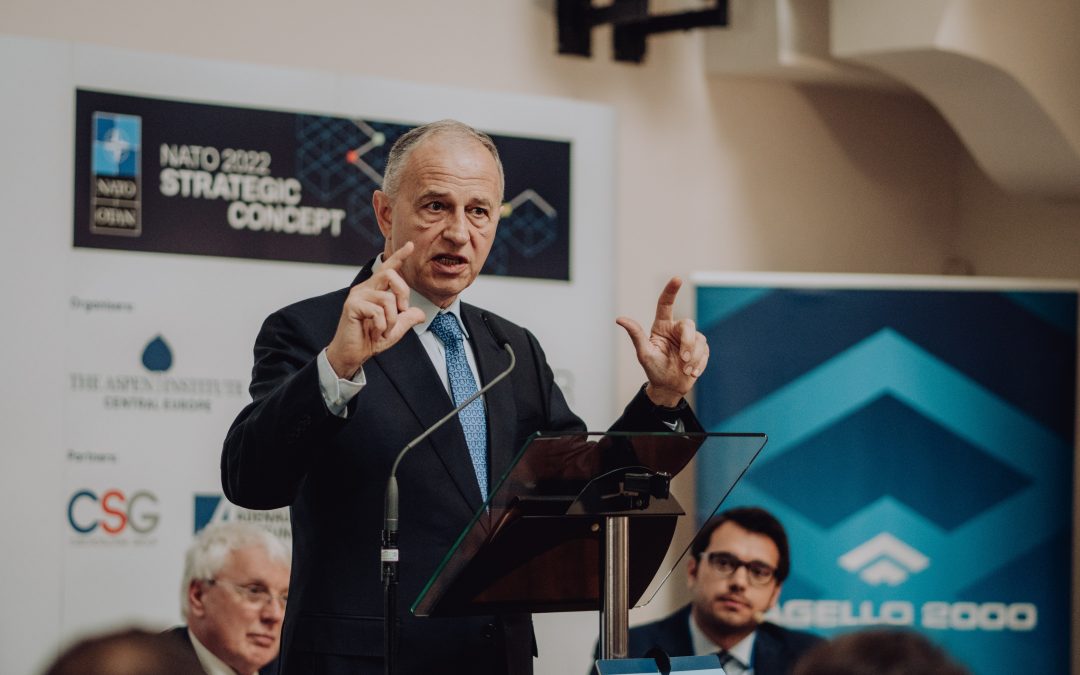 The debate on NATO’s role in current international events, entitled “NATO’s Evolving Role in Global Stability”, took place in Prague in the presence of representatives of the North Atlantic Alliance and the Minister of Foreign Affairs of the Czech Republic, Jan Lipavský. The recording of the event can be viewed on the ČTK Youtube channel here. Photos and news text on the iDNES.cz portal here. The event was organized by the Aspen Institute, Jagello 2000 and the Center for Transatlantic Relations of the CEVRO Institute under the auspices of the Ministry of Foreign Affairs of the Czech Republic and with the support of the Konrad Adenauer Stiftung and CSG.

Defense and security of the Czech Republic within NATO: lectures

Our Security Cannot Be Taken for Granted

Defense and security: why talk about them and how to influence them: debate

Defense and security of the Czech Republic within NATO: lectures

Our Security Cannot Be Taken for Granted

Defense and security: why talk about them and how to influence them: debate

We use cookies on our website to give you the most relevant experience by remembering your preferences and repeat visits. By clicking “Accept All”, you consent to the use of ALL the cookies. However, you may visit "Cookie Settings" to provide a controlled consent. Read More
Accept AllReject All
Cookie Settings

This website uses cookies to improve your experience while you navigate through the website. Out of these, the cookies that are categorized as necessary are stored on your browser as they are essential for the working of basic functionalities of the website. We also use third-party cookies that help us analyze and understand how you use this website. These cookies will be stored in your browser only with your consent. You also have the option to opt-out of these cookies. But opting out of some of these cookies may affect your browsing experience.
Necessary Always Enabled
Necessary cookies are absolutely essential for the website to function properly. These cookies ensure basic functionalities and security features of the website, anonymously.
Functional
Functional cookies help to perform certain functionalities like sharing the content of the website on social media platforms, collect feedbacks, and other third-party features.
Performance
Performance cookies are used to understand and analyze the key performance indexes of the website which helps in delivering a better user experience for the visitors.
Analytics
Analytical cookies are used to understand how visitors interact with the website. These cookies help provide information on metrics the number of visitors, bounce rate, traffic source, etc.
Advertisement
Advertisement cookies are used to provide visitors with relevant ads and marketing campaigns. These cookies track visitors across websites and collect information to provide customized ads.
Others
Other uncategorized cookies are those that are being analyzed and have not been classified into a category as yet.
SAVE & ACCEPT
Powered by